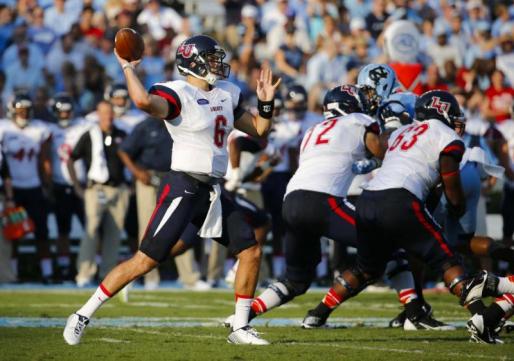 Now that we’re nearing the midway point of the college football season, we thought it might be helpful to post our top-25 for FCS teams.

It isn’t a surprise that North Dakota State tops our list, but it’s five-point margin for more than two weeks is unprecedented on Savvy.

Rhode Island has made the biggest jump from the bottom quadrant all the way to 16th while UC Davis has gone from the middle of the FCS to 18th.

The biggest disappointment in the FCS is Southern Utah which has been one of the top programs but has yet to win a game.

—- The Savvy Index has predicted college football games with 77% accuracy since 2014.
—- Each week, the Index lists the top 25 teams in its rankings.
—- Commentaries on games and notable activities of various teams appear routinely throughout the year.
—- Interviews with notable football broadcasters and personalities along with feature stories from Savvy Game Line have been used by other publications.