Bowl-itis:   Agitation brought about by exposure to an excessive number of bowl games.  Symptoms include low-grade moaning, ambivalence, and face-planting into the depths of sofa cushions in search of illusory escape.

Maybe you aren’t showing those symptoms, but you might still have it.  Let’s find out.

Without any help—right off the top of your head— see if you can answer this question:  Did Florida International beat Arkansas State in the Frisco Bowl?

If you answered “yes”, you would be wrong.

If you answered “no”, you would still be wrong. Yes, Arkansas State won, but not in the Frisco Bowl.

See?  Bowlitis.  Too many bowls;  too few who actually give a rip.

Even if you knew the answer, you’re not off the hook for possible infection because the diagnosis is as much about your behavior at this time of year as it is your ability to recite winners and losers.

It’s like my friend.  His mama complained that bowlitis had so infected him that he wasn’t willing to lift even one finger to help during the holidays!  Boy did he prove her wrong.  Yes I agree, he probably should have used a different finger.

Listen, there’s nothing to be ashamed of.  Lots of us have it and I and my anti-bowlitis buddies are asking you to join us because we plan to do something about it.

We’ve gotten off to a good start by identifying the specifics of our anxiety.  It goes like this:

Sixty years ago there were EIGHT sanctioned bowl games for division one teams which means that only the really good teams got into bowl games and bowl games were special and anticipated and important. 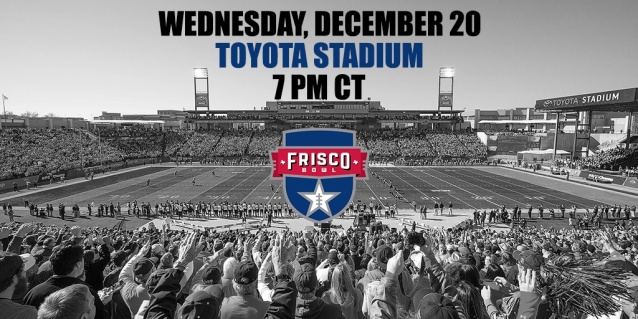 Today, there are thirty nine bowl games for FBS teams (not counting the national championship) and that means 78 teams made it to the postseason.

With 130 total FBS teams, the cut off point for being average or above is being ranked 65th or above.  That means that 13 teams in bowl games this season were below average!  Have we atrophied that far as a culture? Is below-normal now the new normal?  I suppose it’s possible.  I mean, after all, Forest Gump did get into Alabama.

But our group isn’t willing to acquiesce just yet. We plan to revolt against meaningless bowl games, especially those so inadequately staffed that they settle for analysts who are censured for using profanity and who conduct entire post-game interviews with the winning quarterback turned away from the camera and his face never shown.

Who wants to not-see that?

So, in sneering defiance of a declining bowl culture, we set about to expose those postseason games that are least deserving to be called “bowls”.

We decided that any postseason game with teams whose average rankings weren’t at least 65th or better—and— whose fan-base didn’t equal at least half of the average for all bowl games (41,784) over the past three years would become a target for our resistance.

So, what do we do?  We can’t just go blow up their stadiums especially when one is in a foreign country.  Maybe that means we’re more of a resistance than a revolt, but still, we can be influential.

Mug in the Bahamas.

But, mugs still seem too big. Same with “cup”.  “Flask” sounds a bit too scientific but doesn’t “The Cure Flask” sound sorta cool?

Camellia Bowl?  Ha!  We scoff at your pretense.  From now on, you shall be called the Camellia Spoon!  Since you share homophonics with chameleons, the change should be easy.

Frisco Bowl?  Hardly!  From now on, none of us will ever say we went “bowling” in Frisco.  Instead, we will tell all who will listen, “We spooned in Frisco!”

I’m sure we’re all capable of converting the word “bowl” to “spoon”, but until we affect their economies, nothing is likely to change.  Until we stop watching and until we stop attending even when our team is playing, we won’t make any more difference than our ancestors of 1934 who decried that five was four too many.

Change the dial.  Stop the turnstile.  Changing words is a start, but if we don’t stop the money, then where we start is also where we’ll finish.

If you’re looking for more football news or sports in the Northwest, be sure to visit our friends at Oregon Sports News.

—- The Savvy Index has achieved a game-prediction accuracy of 77%. every year since 2016.
—- Each week, the Index lists the top 25 teams in its rankings.
—- Commentaries on games and notable activities of various teams appear routinely throughout the year.
—- Interviews with notable football broadcasters and personalities along with feature stories from Savvy Game Line have been used by other publications.