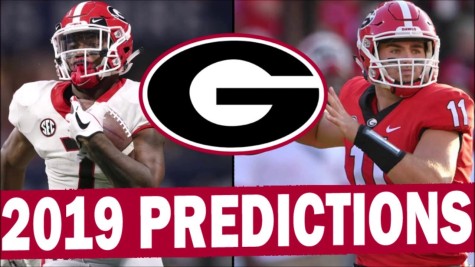 Why are we always waiting for the SEC West?  Sometimes we wait on the SEC East, but then, no one really cares. Together, they are like giddy sisters soaking up attention while the rest of us tap our feet and wait.

While other conferences can define their champions somewhat early, the SEC-West waits and waits until the final gun of the final game before it tells us anything.

I suppose fans like it that way but, to me, it smacks of superfluity.  I mean,  I don’t want to sound like, “Who does she think she is wearing THAT dress” but I sorta get tired of the SEC West getting attention throughout the season, then cajoling for more with these late-season dramatics.

Oh well.  At least her sister is ugly.

Some of that late-season drama will be solved as #6 Georgia (8-1) travels to #13 Auburn (7-2).  The winner will still be a long shot for the CFP but at least we’ll have one less giddy sister in our hair.  Georgia should win by five.

In another battle of ranked teams, #7 Oklahoma (8-1) should handle #17 Baylor (9-0).  Even so, the Sooners need to find a defense before they think they belong in the national championship discussion.  The Index favors Oklahoma,  39-28.

Top-ranked Ohio State (9-0) will have no problem with Rutgers (2-7) in a 54-0 flogging that will explain why the Knights are called “Scarlet”.   It will be the second OSU thrashing of opponents in as many weeks after the Buckeyes blasted the Maryland Terrapins 73-14 last week.

That thrashing was a shame though because it revealed the bald truth that today’s Buckeyes have totally forgotten that, in Maryland at least, turtles are people too!

There probably isn’t anything Clay Helton can do to save his job at USC (6-4), but a loss to struggling California (5-4) would pack his suitcases earlier rather than later.  Savvy projects USC will win 30-24.

Arizona State (5-4) will struggle with Oregon State (4-5), the nation’s number one team for fewest turnovers.  Nonetheless, the Sun Devils enter Corvallis as a 32-28 favorite.

Tenth-ranked Utah (8-1) is the top team in the nation for stopping the run and should prevail over fast rising UCLA (4-5).  The Utes are favored 35-14.  Yet, even if the Utes win all of their remaining games, they have almost no path to the CFP.

Washington State and Stanford were once PAC-12 North contenders but both have fallen to 4-5 and neither has much of a chance to make it to a bowl game since the Cardinal finish against #12 Notre Dame and WSU will finish at #25 Washington amid rumors that coach Mike Leach is headed to Arkansas.

Last week, Savvy correctly predicted LSU’s win over Alabama.  At the same time, the Index finished only 31-17 over all to bring the season prediction record to 498-155 (76%).

If you’re looking for more PAC-12 or Northwest sports, visit our friends at Oregon Sports News.